20 Things You Probably Don’t Know About My Dead Dad

He never met my children, but they will know him through the photos, scrapbooks and stories of those who knew and loved him best. Through me. 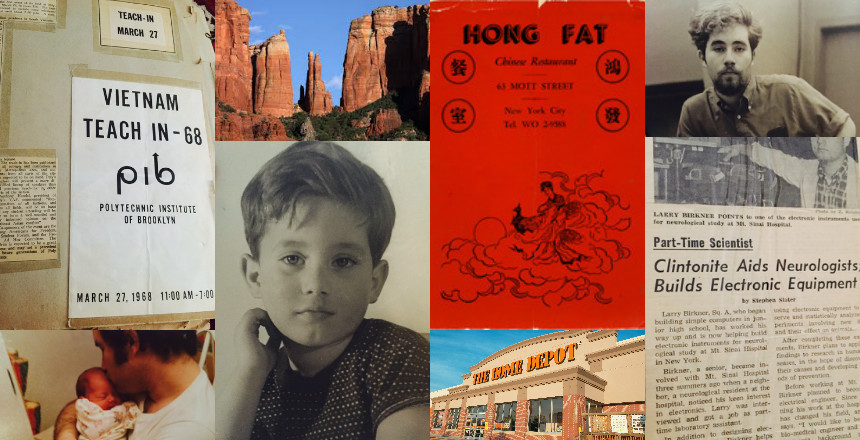 “Can I meet your dad?” my almost 5-year-old asked me recently.

Here’s how the conversation went from there.

S: “So why can’t we go somewhere and meet him?”

Me: “Because he’s not alive. Hey, look [pointing to a picture in an old photo album], here’s a picture of him when he was about your age.”

And with that reference to the hero of “Charlie and the Chocolate Factory,” we were again in the safe zone. For a moment, at least.

See, I help run a site about living with loss, and, Rebecca and I are writing a book on the topic. But I struggle — and stumble, and second-guess — my way through these conversations as much as the next person. There’s the push of not wanting to frighten unnecessarily, and there’s the pull of wanting to reassure my child that death is part of life, that love transcends death. That yes, my Dad was a real person but, no, he can’t come to Grandparents’ Day at your school. 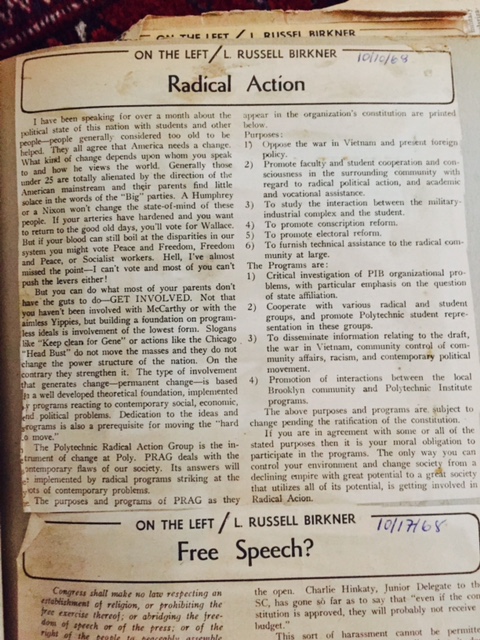 No, you can’t meet him. But yes, you can know him, through photos, scrapbooks and stories of those who knew and loved him best. Through me. And that goes not just for my children, but also for my husband and my many close friends who never had a chance to meet my dad. He isn’t just dead; he was so much more.

In honor of Father’s Day, with a nod to comedian Laurie Kilmartin and in the spirit of (let’s be honest) Modern Loss’ favorite Us Weekly column, I decided to share some of those things that made my father, Larry Birkner, who he was. And I encourage you to share lists of your own on your social media pages. (Read the list Rebecca compiled about her father here.)

2. In college, he wrote a newspaper column called “On the Left” — taking aim, primarily, at the Vietnam War.

3. In his early 20s, he dropped out of school, and moved to an urban commune in Portland, Oregon.

4. Where he worked as a big-rig driver.

5. Before finishing his degree, and going on to get a master’s in public health.

6. He met his carpool at 5:45 a.m. almost every day for 20 years — in an effort to reduce the environmental impact of his 40-mile commute to work.

7. He wore bow ties to work, and Hawaiian shirts at home.

8. He made me a “Halley’s Comet”-themed 7th birthday party. The invitation, created on our first-generation Apple Macintosh, read “Comet over to Gabi’s house…”

9. He was an early adopter of the internet, email, AIM and the iPod.

12. Home Depot was his happy place.

13. So was Sedona, Arizona, where he and my stepmother lived for the final 17 months of their lives.

14. He loved to mix cereals: Grape Nuts + Cheerios + Basic Four all went in one bowl.

15. He was a pretty bad cook (me, too). He once put a can of salmon and a can of chickpeas into the blender and called the resulting mush “dinner.”

16. But he made a wicked barbecue.

17. He loved New York: photographing (extremely well, I should add) its gritty dynamism, eating out at the late, great Hong Fat on Mott Street, taking in street performances at Washington Square Park.

18. His own father’s nickname for him was “Doodlefinch.”

19. His nicknames for me were “Monsterina” or “Monster” or just “Monst,” for short.

Gabrielle Birkner is a co-founder of Modern Loss.