A Father’s Day Sale for the Recently Deceased Dad

Call me crazy, but I feel like a tie won’t cut it this year.

Hi there. I was wondering if you’re running any Father’s Day specials at the cemetery this Sunday? 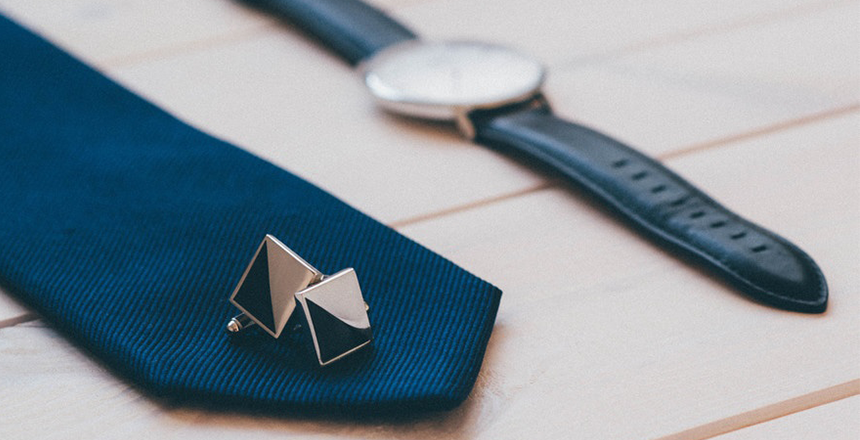 The cufflinks will totally make up for all those never-to-be had chats. Right?

Well, I guess I’m not really sure what I’m asking, either. What Father’s Day gifts do people typically get for the recently deceased? Am I even supposed to do anything to celebrate? I keep getting emails from Bed Bath & Beyond reminding me that “It’s Not Too Late To Find the Perfect Father’s Day Gift!”, but in this case, it kind of is. And none of the stores I’ve called have any suggestions. They have gifts for the “Classic Dad,” the “Backyard Dad,” the “Active Dad,” and the “Tech-Head Dad,” but no one seems to have any gifts for the “Dead Dad.” Asking the cemetery for suggestions is sort of a last resort, but I thought, well, it is where he spends all his time now.

Yes, I know “most people just leave flowers.” I’m looking for a gesture more along the lines of something that will make up for all the things I didn’t get to say or do or give him while he was still alive. You know, something that’ll make it OK that I’ll never get to see him or talk to him again. But, like, that you can buy at Macy’s.

I had this problem on his birthday, too. I went to The Cheesecake Factory, which felt like it made sense at the time, because he always like having cheesecake as his birthday cake. We never went there when he was alive, and I don’t know that he had a particular affinity for it, but it is a restaurant that will serve you cheesecake and alcohol in the middle of the afternoon, even if you’re crying into your Seared Tuna Tataki Salad.

Some sort of activity might be good. But it’s not like I can take him out to brunch, not without getting into a Weekend at Bernie’s situation. He has an extensive record collection, but lugging those out to the gravesite to listen to would be cumbersome, even if I could find an outlet to plug the record player into. Besides, all the music genres he likes are even deader than he is. Yes, I do still have the audio CD of the funeral service, but no, I don’t think I would find listening to that on Father’s Day very “comforting.” Have you ever had to listen to the sound of your own voice? Giving a eulogy? And look, I’m sure some people appreciate you giving those out, but I just find it kind of morbid. I came home to my mom playing it once, and I just pretended it wasn’t happening. Every few minutes I’d poke my head in from the other room and yell “Is this the new Taylor Swift???” until she turned it off.

So let’s get back to gifts that would be appropriate, under the circumstances. None of the typical Father’s Day options seem to work. He never really wore cologne, and frankly, I don’t know that there’s anything that could help how he probably smells by now. The only tool that seems relevant is a shovel, but what would he do with that? The new sod over his grave looks kind of like a putting green, but that’s the closest he’s ever come to being interested in golf. And a grill doesn’t really make sense, because we decided against cremation.

Is there anything we can do about his…accommodations? It’s been a little over a year now, so an upgrade might be nice, right? I know it’s traditional, but I’m we sure we can do better than a plain pine box in a hole in the ground. I keep seeing these commercials from Home Depot that say things like “Father’s Day Lumber Sale!” and that got me thinking about some coffin upgrade possibilities. Maybe something in a mahogany? I could build it myself. Handmade gifts are always good, right? Although, he wasn’t really one for flashy accessories. (I got him a clear iPhone case one year. That’s not even a color.) And I guess even if it could be made in time, transferring him would be a lot of trouble, and we probably shouldn’t disturb him for spiritual and legal reasons.

At least the spot next to him is still open, so he’s not too crowded. How much to buy that plot, to keep it open permanently? That could be a good gift. Oh, really? That’s outrageous. You’re not running any Father’s Day sales on graves right now? If he’d known the cost, he probably would have just told us to bury him in the backyard next to the dog. “Here lies Calvin, ‘The Greatest Dog in the World’, And Your Dad. So Watch Your Step. And Go Mow the Lawn, I’m Not Going to Ask You Again.”

What else can you offer at the grave site? Hm…no, I think the plaque that’s there is fine as it is. You’d add symbols of what to it? Oh. Huh. Like…Jewish emojis? That seems a little tacky. Plus, I mean, he’s buried in a Jewish cemetery–I think we get it. Let’s not beat a dead my dad.

Alison Zeidman is a writer and comedian based in New York. She co-hosts the monthly stand-up comedy show “Dark Spots” at comedy club The Creek and The Cave.