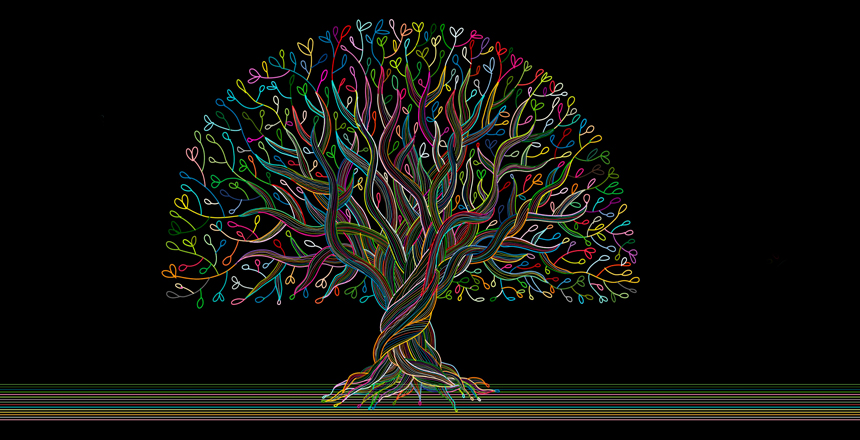 As a congregational rabbi for a decade, I thought I knew a lot about death. It is a regular part of my sacred work to walk with grieving families through the Jewish funeral rituals and to help them process and unpack their grief. So I’ve always felt a confidence in being a calm, emotionally steady presence during moments that can be so painful and uncertain to the grieving.

But I have also been profoundly aware that there was a layer of my work that I could truly never understand. For most of my career, I’d only personally experienced the loss of two grandparents. That changed in December when my dear friend Ria entered hospice care.

It had been a few months since we’d last spoken with each other, and many weeks since she’d stopped responding to my check-in texts with heart emojis. Ria was only 39, but the 16 months of cancer had wreaked havoc on her body, leaving her with chronic pain, growing tumors, and limited options. I knew things were bad, but it all came into terrible focus when I got the news. She wasn’t gone yet but likely would be within a few days.

Ria and I met in New York in 2010. The cousin of another dear friend, we could talk for hours about books, theatre, Judaism, feminism, academia, the Upper West Side, and every facet of politics and popular culture. We’d live text during the Tony Awards, talk about our favorite writers and rage against societal injustices. I called her my heterosexual soulmate.

In the summer of 2016, our relationship deepened as we swam through the depths of our individual pain. After deciding to pursue motherhood on her own and a year of fertility treatments, Ria finally got pregnant, but miscarried during her first trimester. A year after marrying my wife, we were getting separated. No matter how awful the day, each night we checked in with each other. With her characteristic snarky optimism, we would talk through our days—she had the tremendous way of letting me vent while also reassuring me that I would be okay. She reminded me that I was loveable. I promised that she’d find a way to become a mother. And our prophecies actually came true. The next year Ria gave birth to a baby girl, and I found the strength to leave my marriage and start a new chapter.

When Ria was first diagnosed, the rabbi side of my brain went into pastoral overdrive. I put her name on our Mi Sheberach (healing) list and checked in regularly, staying steady and neutral. But as her friend, I was like a deer in the headlights. Though I couldn’t help but imagine the worst case scenarios, the subtext from her emails was that all of us on “Team Ria” should stay positive, keep our minds focused on treatment and on getting her back to health and her toddler daughter now being cared for by Ria’s parents and sisters.

Ria died five days after entering hospice. When I found out, I was in Tel Aviv, staffing a Family Israel trip with my congregation. Publicly, I kept a brave face. Privately, I was a wreck. My rabbinical school education and all those years of experience in the congregation had left me unprepared for my feelings. I felt guilty for not having made it to St. Louis to visit her. I cried tears of anger at a God who would take a mother from her young daughter. I was devastated when I realized that somehow in all those years of friendship, we didn’t have one picture of just the two of us. The best I found was a side-by-side picture of us both wearing matching sweatshirts, a gift from when she got sick. A small reminder of my love even when I was far away.

A few weeks later, while on sabbatical, I went to synagogue to say Kaddish, the Jewish prayer of mourning, for Ria. The rabbi invited mourners to rise and to say their loved one’s name aloud. I smiled knowing Ria would be pleased that I used her chosen Hebrew name, Miriam Hannah Bat Avraham V’Sarah, As I began to recite the familiar script of Kaddish, I felt unsteady on my feet. The rabbi in me that regularly leads Kaddish in a confident voice could barely squeak out the words.

At that moment I wasn’t a rabbi; I was a broken mourner. I found the words of kaddish heavy and impossible to say. I pictured Ria healthy, happy, walking next to me with her toddler daughter. I felt angry with cancer and doctors, and even with God. And I felt relieved that she wasn’t suffering anymore. I pictured her wrapped in a warm, white light. I wondered if she would recognize me when I join her one day.

During my separation and divorce, Ria would tell me that these experiences would strengthen me as a rabbi, that I’d have a greater well of compassion and empathy by which to meet others who were in the same situation. I can only imagine her advice would be the same now. It feels painfully unfair, the personal price I paid for becoming a better rabbi. And every time I lead Kaddish with my broken heart, I’ll think of her.

Karen R. Perolman is a Reform Rabbi at a Synagogue in Short Hills, New Jersey.