How (and why) I’m turning old funeral frocks into fine art. 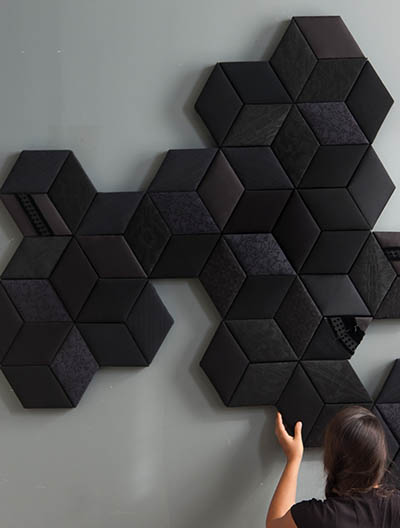 One spring evening in my 13th year, my mother told me we were going shopping. She was taking me to Lord & Taylor, to buy some dresses, she said. Sensible dresses. I climbed into the minivan and before I knew it we were riffling through clothing racks, looking at the very best that 1995 had to offer, drapey rayon numbers with floral prints, the kind which enjoyed a brief resurgence in 2015. But the dresses she picked out were modest and simple. The dresses she picked were all black.

In a few weeks I would wear one of them to her funeral, as her three-year battle with cancer came to an end. She was a planner, in death as in life.

That was the beginning of a strange time for me. My mother’s sickness had been devastating but, in a way, comprehensible. Her absence somehow turned my world into a completely foreign landscape. I had panic attacks in public places and bizarre dreams and a constant nausea that didn’t abate for a year. Grief, I soon learned, was a blubbery, unsightly emotion that bubbled up at all the wrong moments and well past what seemed a “reasonable” period of time. Over the years, its interruptions became increasingly less frequent, but it still skulks around my consciousness like an unwelcome visitor with a key to a lock I can’t change.

Grief was not always considered inconvenient and unsightly. In fact, public displays of mourning were once downright fashionable, a sign of good character — this to a degree that it became an oppressive set of social customs. But to have the pendulum swing so far the other way comes at its own cost. Nowadays, we tuck these unwelcome, unpredictable emotions carefully into the private sphere once the memorial service ends and we return to the office. Grief, and its companion, illness, are unseemly in polite company. Despite it being an experience nearly everyone has at some point, we all seem to have it alone.

For years, my funeral clothes languished in the back of the closet much like the emotions I was trying, unsuccessfully, to conceal from public view. I had cleaned and ironed them for future use, but as it turns out, there is never a good time to rewear the clothes you’ve worn to your mother’s funeral. Finally, I donated them to a thrift shop. But recently, as an artist whose work investigates grief and mourning customs, I’ve wanted them back.

So I did the next best thing and started reaching out to family and friends to see if they had any unwearable funeral clothes in the backs of their closets, and a number of them did. I received gifts of pleated pinstripe suits, dresses with delicate lace and brocade, and miles of black twill. I found a damaged 19th-century mourning dress and added it to the mix. What has emerged is an ever-growing wall piece somewhere between a patchwork quilt and a padded cell. More surprising to me has been the emotional aspect of bringing these pieces of clothing together, creating a symbolic, public community through joining together these testaments of private grief.

This project is far from complete, so I am still seeking clothing worn to funerals (or any other mourning ritual, wake, shiva etc.). Any age/condition/style is appreciated, though dark colors are preferred. I will send photos of the finished work and reimburse for postage. Whether or not you have clothes to contribute, you can follow along here as the project develops in anticipation of its exhibition in New York this coming spring. To donate clothing, or for any other inquiries, please contact me at smerolla@gmail.com.

Spencer Merolla is a visual artist. Her website is spencermerolla.com.