My dead fiancé loved Anthony Bourdain. When I heard the beloved chef and TV personality had died, I imagined the two of them, finally, breaking bread. 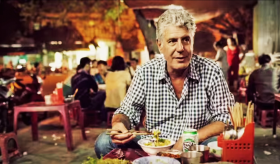 You know the drill: You get engaged, move in with your fiancé and his roommate, and now that your TV is in your shared bedroom, you guys finally get a cable box. With DVR. It was 2009.

Rafi set up the DVR triumphantly while reclining in bed, wheezing and pale as the ghost he’d become in just a fistful of days.

“Who is Anthony Boor…deign?” I asked, testing out the pronunciation, as Rafi set the DVR to record Bourdain’s Travel Channel show “No Reservations.” (This was still a few years before “Anthony Bourdain: Parts Unknown” premiered on CNN.)

Rafi’s eyes lit up as he talked about this man I’d never heard of before.

Two weeks later, our denial about how sick Rafi had become was put on hold when he landed, in quick succession, in the emergency room, a step-down ICU, and then an ICU in a medically induced coma. One Hail Mary surgery, countless medical interventions and a full month later, he died. The funeral and shiva sucked. Everything sucked.

I returned home, down a roommate (although, my poor other roommate remained to step around me gingerly, and also to commiserate) but with full control of the DVR. I hadn’t watched TV in what felt like a very long time.

I went through a lot of weird phases, like the one in which I was obsessively watching “Say Yes to the Dress,” while battling to reverse the charge on the card for my dress, which I never got the chance to pick up.

The DVR filled up with Bourdain’s show. I couldn’t bear to watch. I just saw the number grow on the little folder.  Six, 7, 8 … Rafi would’ve relished the visions of far-off lands, would’ve appreciated the conversations among people from different backgrounds. He would’ve eyed the food, wondering what it would’ve tasted like. He would’ve told me stories about places I’d never heard of, and I would’ve listened before asking to watch sitcoms or, you know, bridal dress shows. 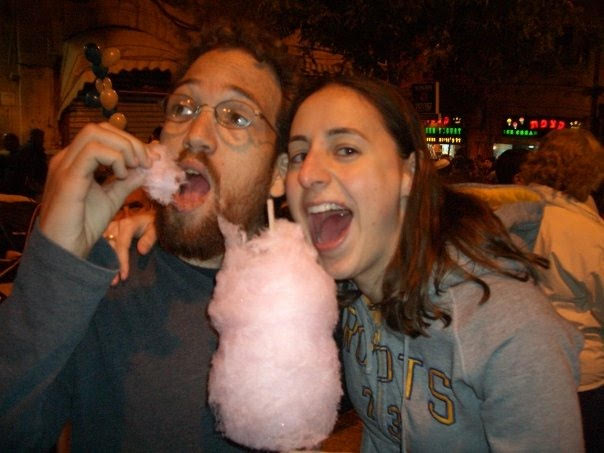 Months went by and the machine auto-deleted them, so it never overtook the entirety of the DVR. I never removed the subscription, although I felt sad when I returned the box before moving to Brooklyn.

Nearly a decade after Rafi died, I woke up to an alert on my iPhone — something Rafi, who died in the era of the Blackberry, couldn’t have dreamed of: Anthony Bourdain had died.

I didn’t process the rest of the headline and I didn’t click through. I didn’t ponder the how (suicide), the why, the proximity in time and celebrity to Kate Spade’s own suicide this week. I did ponder this:

In an alternate reality where things make sense, where the universe is beautiful and fair and lovely, Rafi finally gets to meet Anthony Bourdain. They can eat all the weird and exotic foods that Anthony loved and that in this life Rafi wouldn’t have eaten because he kept kosher. They could share meals from all the places Rafi never got to see because his body was too fragile for intense, badass travel. In this afterlife, Rafi and Anthony are finally friends. In this afterlife, shrimp is kosher and happiness abides. Illness ceases to exist and pain doesn’t bother you anymore.

And for a brief moment, just that moment there, I was happy for Rafi.

But then I was sad for everybody. For Bourdain’s family and his friends, especially, and for those of us who still remember Rafi all these years later.

By Michael Flamini in My Loss, Personal Essays