He died before the Internet. When I put his name out into the digital world, I couldn’t have anticipated what would come back to me. 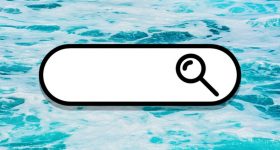 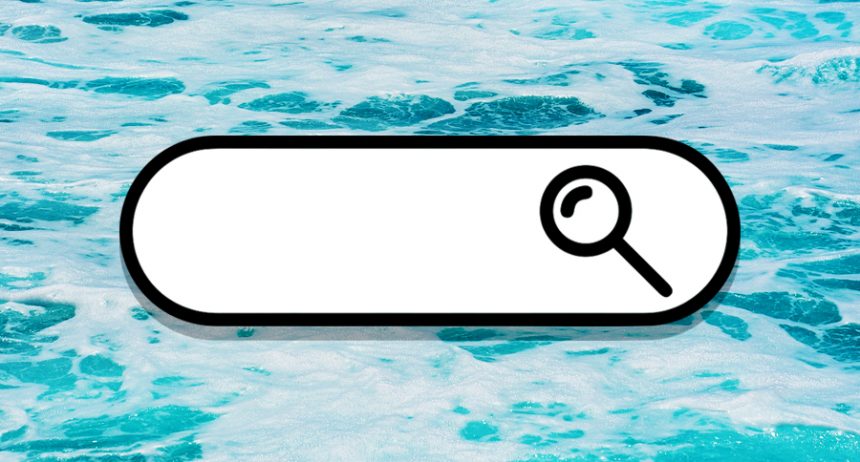 In the Internet age, the searchable term is king. That blinking cursor in the box next to the magnifying glass? So easy to do a lightning-quick, nearly mindless search. The engines yield millions of results on subjects like fathers, grief, childhood.

But what if the object of your search is not searchable?

My dad died unexpectedly of a mysterious illness in 1983, when I was 10, decades before the World Wide Web was anything to speak of. For years I tried to avoid talking about him with my mom. After seeing her cry at my dad’s funeral, I had resolved to never make her cry again. I had resolved not to cry, myself, either.

Decades later, I had lost my job and was planning a career transition. I was obsessed with online identity and wondered about what people would find if they Googled me. I began to blog, and grieved the loss of a cherished career by turning to an older grief. I wondered what my two young daughters would find if they looked for him online. “Where’s your dada?” they began to ask. Watching them play video games, I wanted him to be in the digital age too, within reach of their fingertips. 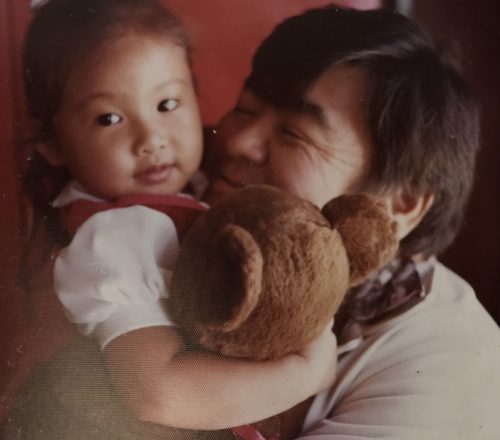 The author with her father (Courtesy of Tamiko Namura )

Eventually, I decided to write about him on my blog. I opened an envelope with my father’s unpublished typewritten book manuscript which I hadn’t read in more than twenty-five years. He had signed the preface with his full name, “Taku Frank Nimura.” I wrote about opening that envelope, and typed his name in the post. I thought I’d done nothing more than copy the signature of his preface. But for weeks afterward, I Googled his name intermittently and saw his name pop up. By writing his name online, I’d also made it a searchable term.

I continued blogging about my research process into my father’s life and my newly rediscovered writing life. The search engines kept working. Eventually, when I searched for his name, my blog appeared.

Three years later, an e-mail from my blog landed in my inbox:

I met your father at the University of CA in Sacramento in 1957. While going to school there I was working in the library where he took me under his wing. He and I became good friends, and he astonished me by filling in a big gap in my education when he told me of the internments. … I was going through my hope chest when I came across some writings he had given me so many years ago. I was so delighted to see them again that I decided to see if I could find him. Sadly, I was too late. However, I decided to see if he had family and found you. I would be most happy to share these lovely writings with you. – Lynn Elder

I gasped.  My father was indeed a librarian at Sacramento State University in California.  Like thousands of Japanese Americans during World War II, he was incarcerated with his family in Tule Lake, California. And though I knew pieces of his life before and during the war, I knew very little about his life in the decades between the war and meeting my mother. He died before I even knew I wanted to learn more. Lynn was offering me a new piece of the puzzle.

We moved the conversation from my blog to e-mail for more privacy. Other questions arose: These poems were in her hope chest? Were they in a relationship? They met when she was 17, which meant that he was well into his 20s. With surprising honesty, she answered my unspoken questions right away. They never dated, she said; she had a lot of growing up to do. But she was glad they were both able to marry happily, to different people.

Lynn was so excited to find me that within hours, she’d scanned all my father’s poems and sent them my way. I stared my laptop in tears as the enormous files slowly downloaded.  It took ages in digital time, but only a minute or two in real time.

A week later I opened my mailbox to find a manila folder. Lynn had sent me the hard copies. Pages of my father speaking again. I was overwhelmed by all of Lynn’s messages, but this part undid me especially:

There is no doubt of the pride he would have in your writing.

Lynn’s generosity gave me more of my father’s voice: a glimpse of him as a young man early in his career. After what he endured he still gave people words that affected people for decades. He was the kind of person who inspired people to give things back. He was a writer too.

Her letters reminded me that my dad never belonged just to me, or just to my immediate family. When I was ten, I would have resisted this idea. I’ve come to see that whenever I mourn my father, I am still and always a child: his child.  How fitting that my father’s words eventually returned on paper, the media he knew best: yellow legal-pad paper, pen and ink, typewritten onionskin, crackling and alive with texture. Along with the photos of him, the memories I could finally talk about—these pages were something I could give my daughters, along with this story. That day I showed my daughters their grandfather’s handwriting for the first time.

Now I know the Internet is more than a one-way street; it’s a network of unseen currents in an ocean of information. What you put out there can wash back up on your shore in ways that are hard to predict. The searchable term is really a fishing hook that can catch unexpected poetry.

Tamiko Nimura is a Japanese American/Filipina American freelance writer living in Tacoma, Washington. She is a frequent contributor to Discover Nikkei, the International Examiner, and the Seattle Star. Recent writing has also appeared in The Rumpus, HYPHEN, Edible Seattle, and New California Writing 2012.