The pros and cons of finding out about a loved one’s final moments. The author with her late mother.

On the morning of July 26, 2000, my parents set out for a hike on Grand Manan Island, off the coast of New Brunswick, where they were vacationing. At some point along the way, they lost the trail. My father told my mother to wait while he looked around to see if he could find any trail markers. While waiting, my mother slipped and fell part of the way down the rocky cliff face. Hearing her cries, my father scrambled to help her, and lost his footing in the process. Both ended up falling about 100 feet to the rocky beach below. They were discovered by a local fisherman, and my father was airlifted to a hospital in St. John, where he was treated for injuries to his head and leg. My mother was already dead.

These are the facts I’ve gleaned from various sources: my father’s fragmented memories of the accident, the police report, a couple of newspaper articles. For the first year or two after she died, that was enough information for me. I was only 22 and focused on surviving the aftermath of my mother’s death: leaning on my friends, enjoying what I could of my senior year of college. But over the years, I’ve often thought about trying to find out more. Most recently, my curiosity was piqued when my father contacted the man who rescued him to thank him for saving his life.

When the man responded, he said that he remembered everything from the day of the accident in vivid detail, a comment that sparked many questions for me: What exactly did he remember? What did the scene look, smell, sound like? Could the details he recalled help me re-construct what happened? I’ve thought about contacting him to find out. I’ve even imagined visiting the island, having him lead me to the exact spot where he found my parents, answering my questions along the way.

I’m a fact-finder by nature. For me, more information has always been better. But when I started asking questions about my parents’ accident and my mother’s death, I had to re-examine that assumption. Would learning more help me, or would it cause me needless pain? Naturally, I turned to research for insights, including experts on grief and loss. As with most difficult decisions, I learned, there are potential pros and cons to learning the details of a loved one’s death.

Weighing the Pros and Cons

“Information-gathering can help close a very painful circle,” Allison Gilbert, founder of the organization Parentless Parents and a frequent speaker and writer about grief and loss, told me.  “You might be set back because you have questions and until you can answer those questions, you might have difficulty moving forward.” Donna Schuurman, Chief Executive Officer at the Dougy Center in Portland, Ore., which helps grieving children, teens and young adults, recalled working with one such child, whose sibling died in a hiking accident. The child wanted to know every detail about the death, down to how the doctors cut her sibling’s clothes off when they found her body — she felt that “until I know this, I can’t let it go,” said Schuurman.

Kenneth Doka, Professor of Gerontology at the College of New Rochelle and author of many books and articles on grief and loss, suggested that with certain kinds of deaths, it makes sense to learn details sooner rather than later.  In our digital age, and particularly with high-profile deaths such as homicides, he argued, “the information is often going to come out anyway”; trying to protect yourself from the details often doesn’t work. It might actually be better in such cases, he suggested, to get the information when you have the right support system, or even to appoint a trusted surrogate to get it for you. 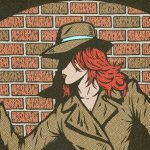 6 Tips for Writing An Investigative Memoir 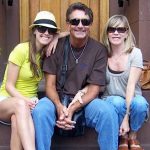 Doka also pointed out argued that for some people, learning details of a loved one’s death can actually be reassuring. “Fantasies [about a love one’s death] are often as bad, if not worse, than reality,” he said.

But it’s also possible that finding out precisely what happened will confirm your worst fears. Schuurman advised people to ask themselves: What’s the most awful detail I could learn? For many, it would be that their loved one suffered. Others might fear learning details that conjure up disturbing images. If these possibilities sound terrifying, “ask yourself why you feel the need to go through it,” Gilbert suggested.

Gilbert also advised against information-gathering if it feels like a chore. Sometimes, she explained, people feel as if they have to learn these details, perhaps on behalf of another loved one. “The journey has to be for you,” she said. “If it’s for someone else, have them do the research.”

Ultimately, the bereaved should consider whether the information they seek will empower them, Gilbert advised. “Grief takes away your power and control,” she said. “These questions — who you talk to, how long you pursue it — are about gaining that control back. Knowing that you are in control is really powerful and ultimately healing.” Schuurman noted that this is especially true for children, who in the aftermath of a loved one’s death, are often told how to feel and act by well-meaning adults.

In the weeks and months after my parents’ accident, I often imagined the scene — my mother, eyes wide with terror as she clung to the side of the cliff, crying out for help — and felt terrified. But over the years, those images have receded. Although they still creep in once in a while as I drift off to sleep, they don’t intrude in my life. But what if, in the course of my fact-finding, I learned something that did? The police report from my parents’ accident speculated that my mother died instantly from her fall, but the account of the man who found my parents might suggest something different — that she suffered before she died. I’m not sure how I would handle that information, and I don’t want to put myself in that position; once I know more about what happened, I can’t un-know it.

So I’ve come a decision: I’m going to table my fact-finding quest — at least for now. This is a real departure for an information junkie like me, but I’ve come to realize that in this situation, less is more. Of course, I might feel differently in a few months or years, and that’s okay; I can change my mind. And someone else in my shoes might come to a different conclusion.

And, while I might ordinarily find this kind of ambiguity frustrating, in this case it’s comforting, even empowering.  I might have been helpless on that day in July, when I learned that my whole world had imploded in an instant, but I’m not helpless anymore.

Jennifer Richler is a freelance writer living in Bloomington, Ind. Follow her on Twitter @jrichler. She recently wrote about condolence notes, talking to your kids about your late parents, and about her mother’s fatal accident for Modern Loss.