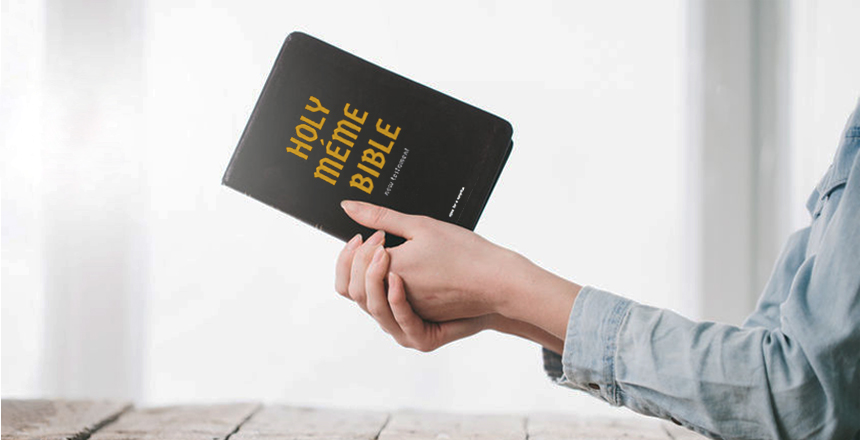 Those were my brother’s last words to me.

Sent at 3:46 a.m. on July 13, 2017 in response to a perfectly adorable (and, in my opinion, not-at-all bitchy) baby otter I had shared with him via Instagram. Six hours later, my youngest brother, just 28-years old, would be dead — felled at work by a heart condition we didn’t even know he had.

Now the last words John actually said to me were “I love you.” I know this because I had spoken to him the day before and we never, ever hung up the phone without first saying “I love you.”

John wasn’t just biggest guy in the room — he was 6 foot 7 (plus a few extra inches for his signature ’fro) — he was also the funniest. His laugh alternated between breathless gasping, snorting and the soft hooting of a baby owl. Making him laugh was like starting an earthquake under a mountain of black and white plaid. Starting in his soft belly, the giggles would rumble all the way up his giant torso until his entire body quaked.

Our favorite game together was inventing fictional businesses with punny names. Like a bed and breakfast for retired mobsters, The Cozy Nostra. Or Frit-tatas, the strip club with an all-you-can-eat breakfast buffet. I think John would have been disappointed that we couldn’t feature Don’t Stop Bereaving, our Journey cover band for funerals, at his service.

Losing John was like losing a limb. Sudden. Brutal. Bewildering.

I was left wondering not only how I was going to move forward without one of my favorite companions, but who was I going to text in the middle of the night when I thought of a hilarious pun? And was my phone in danger of exploding from all of the cat pictures, egregious misspellings and Vin Diesel memes that were now piling up now that I had no one to send them to?

So 18 days after he died, I started @textsforjohn — an Instagram account where I could post all the silly, adorable and totally inappropriate things I would have shared with him. I’ve posted something every day since then. There’s the vintage picture of a chimp in a bad suit and wig sitting at a tiny piano and looking like the beleaguered talent at a piano bar, and there’s a shot of a very phallic landmass from a BBC documentary. There’s the Mary and Joseph from an old woman’s nativity sitting on a bench looking like they’re waiting for the bus and the video of the fat cat hauling fluffy booty as fast as he can across his front yard. Each post helps ease open the steam valve of my grief and lets out a little puff of pain. Pain wrapped in several soft layers of sweetness, fart jokes and absurdity.

I wish I had a fraction of this man’s confidence.

Friends and loved ones comment, like and share things for me to post. What was once a conversation between siblings has now become a place where we can all laugh together and celebrate what we’re pretty sure John would have found funny. And being the curator of cute @textsforjohn means that I can still walk through the world looking for things to share with my brother, even though he’s no longer here.

My eyes are open for both of us. Johnny Angel always on my shoulder, snort-laughing into my ear.

Domenique Osborne is a writer of things, wife to David, and proud big-sister of Robert and John. She’s a lover of words but a miserable failure at Scrabble. Domenique is a nice Midwestern girl living in New York City for the past 12 years and firm believer that pop > soda.