In a sold-out movie theater, watching the film based on Cheryl Strayed’s bestseller, I saw my own experience with mother loss play out on the big screen. I am part of a population of women in this world to whom I never imagined belonging. We are women whose mothers died too soon. Although there is never a good time to lose a mother, for a young woman who is still in adolescence, or early womanhood, it can be a particularly ravaging loss.

My mother died when I was 18. I was in my freshman year of college, far from home. I had only just left the nest when it suddenly disappeared from me altogether. Her loss permeated into the deepest reaches of my psyche and my daily life, changing everything about the woman I would become.

It took me many, many years to understand just why her death had such a profound effect on me. It took me many years to heal. And now, half my lifetime later, I still struggle with issues that come from not having a mother. I am now a therapist specializing in grief, and the author of two books that center around grief, loss, and the afterlife. The majority of my clients are women who lost their mothers at an early age, and I have spent my entire adult life thinking about mother loss, and why it can affect us so very much. 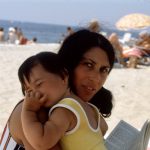 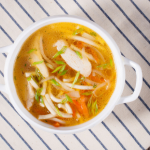 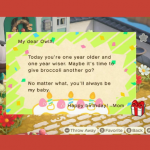 Letters From My Dead Mom in Animal Crossing

This past weekend in a movie theater in Los Angeles I watched my experience of mother loss play out in a sold-out movie screening of the film “Wild,” based on the book of the same name by Cheryl Strayed, and starring Reese Witherspoon. There were moments in which I felt angry and frustrated that so many people were suddenly privy to such a singularly personal experience of mine, and there were other moments in which I felt profound gratitude that so many people might now understand just how traumatic it can be to lose a mother.

In the opening scenes in which Witherspoon depicting a young Cheryl Strayed hurls her hiking boot off the side of a mountain with the words, “Fuck you, bitch,” I experienced something akin to a war flashback. I have been that woman. I have lived that excruciating moment, filled with rage and sorrow, at the chasm created inside of me due to my mother’s absence. I first met Cheryl Strayed two years ago when our memoirs about mother loss debuted within a month of each other. At the time, we were both struggling writers and mothers of young children, pushing these books out into the world about our raw and destructive journeys to find ourselves in the wake of our mothers’ absences. Neither of us could have anticipated the responses we would receive to our work, least of all Cheryl, I suspect.

For me it has been an extremely validating experience.

The first time I understood it was when I became a mother myself to a daughter, foraying into the other side of the bond I had lost so long ago. Following that moment of recognition for just how important the mother-daughter relationship is, I began to understand the loss in a more three-dimensional way as I began working with other women who had lost their mothers, and finally when the outpouring of recognition from women near and far came following the release of my memoir.

The Haitian-American author Edwidge Danticat once wrote, “You don’t become a women until you lose your mother,” and while I’m not sure that statement is entirely true, I do believe that losing a mother forces a woman to find herself in a way that she may never have otherwise. So it was an oddly reassuring experience to see the very traits I recognize both in myself and in the women I counsel — determination, self-destruction, relentless strength — played out last night by a Hollywood star. I had to wonder though, how much did the audience really understand the need for redemption for which the character of Cheryl Strayed so fiercely sought? At one point I found myself wishing that every man whose heart I’ve broken and whose life I’ve seemingly destroyed, would see this film. Do you get it now? I want to ask them, following a viewing of the movie. Does this help you understand why you couldn’t fix me all those times you tried?

Earlier this spring I spoke alongside Cheryl at Hope Edelman’s Motherless Daughters Conference in Los Angeles, and at one point I stood in a giant hotel ballroom with more than 100 other motherless daughters as we all held hands and recited aloud the names of our mothers. I wept during that moment, for all of us who had, like Cheryl, found ourselves lost and on a destructive search for self, in the absence of all these women whose names were whispered through tears in that room that day.

Whether or not the movie was good (which it was), or if it was a solid adaptation (yes, kudos to Nick Hornby), or cinematically beautiful (indeed), or if Witherspoon stretched her acting chops (hell, yes), what this movie is really about is bringing light to the fact that losing a mother, losing anyone actually, is both a deeply painful and also transformational experience. Cheryl’s bravery, in real life, in her book, and on screen, is empowering. Loss changes us, but it is up to us to make meaning and beauty from the experience, a message that I am grateful is being brought to a larger audience.

Claire Bidwell Smith lives in Los Angeles. She is the author of the books “The Rules of Inheritance” (Penguin 2012), and “After This” (Penguin, 2015). Claire works in private practice as a therapist specializing in grief.