How To: Approach a Windfall

A financial therapist weighs in on the complex dynamics of inheritance Who hasn’t wished for a sudden cash infusion to cover student loans, pay off the house or take a dream trip around the world? But even though money may not care who owns it, inherited money comes with weighty strings attached — especially for younger people still honing financial skills and solidifying support networks. Modern Loss’ Rebecca Soffer recently spoke with financial therapist Amanda Clayman about the fascinating dynamics of inherited money, the guilt that comes along with it, and how to safely recognize emotional triggers that result in unhealthy spending.

How does inherited money differ from other money?

We generally think money is a rational, mathematical construct, but in fact nothing could be farther from the truth. Money connects to our most basic sense of security, as well as to our sense of identity and our drives for power, love, competence and affinity. Furthermore, all money has significant symbolic meaning. Basically it’s so mutable that we can project absolutely anything on it, and it’s so ubiquitous in modern life that it connects to almost everything we do.

The source of money has profound impact on how we think about and use it. We treat saved money differently from borrowed money, inherited money differently than earned money. We need to be able to identify and understand our feelings to ensure they don’t disrupt our intentions for our financial life. In other words, expect that feelings about money will be there, but don’t let them run the show. When you start to become attuned to the feelings you have around money, use that as a starting place to begin to explore.

What mistakes people are prone to making shortly after receiving a windfall due to a loss?

Generally any financial action taken soon after the loss will result from strong emotions rather than a rational decision-making process. People in early stages of grief are likely to spend money in self-soothing ways. This in itself doesn’t mean it’s unhealthy. We use tools all the time to help us regulate our feelings, and grief is a powerful emotion and money is a useful tool. Some of these expenditures are relatively minor, like more meals out with friends or  a much-needed massage.

The danger is in using money to dissociate and take us out of our feelings (like this lady); spending on extravagant vacations, drug or alcohol binges, or even cosmetic surgery. Sometimes people react use money as an artificial way of bonding and spend wildly on others. Or feel an immediate need to get rid of the money and donate it all to charity. There’s nothing wrong with giving money away, but if the action comes from an emotional impulse in reaction to the loss it will almost certainly be regretted later. 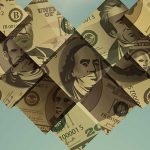 How To: Avoid Family Conflict When There’s No Estate Plan 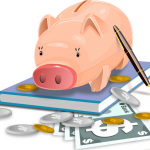 What are some emotional triggers that might result in bad financial decisions after a loss?

There are three main triggers. First are two that I mentioned above: where healthy self-soothing becomes dissociated spending, and the impulse to divest the money right away in an attempt to escape the grief. The third is when people see the money as the personification of the loved one who died, they have a harder time thinking clearly in financial terms. A certain degree of, “What would Mom want me to do with this money?” is appropriate, but it can be unhealthy when you use that money as a proxy for the person you’ve lost. Like if you need that money for a down payment or to fund your children’s college accounts, but Dad really loved nature so instead we’re all going on an eight-week Outward Bound adventure.

Related is when people keep [money] in a savings account to serve as a financial buffer. They use the money to take care of themselves, almost like a parent or loved one would do, drawing funds when they find themselves short or for some other financial need. It’s a way of staying infantalized, where the money stands in for the lost adult. One day the money dips below a certain amount and suddenly the loss gets processed all over again, but it’s now complicated by feelings of inadequacy and immaturity (“I’m X years old and never learned to fully support myself!”). This happens more in those who became inheritors as young adults before they learned to be financially independent.

How does guilt factor into inheriting money from a loved one?

In most cases guilt is a normal part of inheritance, because sometimes we feel very glad, in a way, to be inheriting something even though we’re sincerely grief-stricken at the loss of our loved one. It is a complicated thing to hold what feels like two contradictory feelings. But this is normal; feeling grateful or glad doesn’t in any way mean that we grieve any less.

In some cases, though, guilt might be tied to feelings about our own self-worth. A person who feels guilty receiving an inheritance might feel they don’t deserve it, or they might be processing something specific about their relationship with the person who died and left it. For example, it can feel very confusing to receive money from a parent who had trouble expressing love and approval. (Is the money a sign that they really did love me all that time, or are they leaving this to me with the expectation that I’m just going to mess it up?) Another factor is how one generation develops in reaction to the one before. If you experienced your parents as too frugal and joyless, you might feel conflicted receiving that money because it represents all the things your parents denied themselves.

Money has a strong emotional component. What might you encourage someone to do who is scared to buy anything associated with an inheritance?

Put a time frame on planning what to do with it, something longer than six months but not longer than two years. The danger in acting precipitously is that in the early stages of loss you have no perspective and are in danger of regretting your action later. The danger in waiting indefinitely is in becoming attached to the money (almost like it represents the person), and having trouble viewing it like the tool and resource that it is.

Do you see any difference between how younger people (say, in their 20s and 30s) deal with financial windfalls due to an inheritance as compared to older people?

When inheritance occurs in the developmental process is important. A person who is already mature, independent, and financially separate from his or her parents will be better able to differentiate the loss of a loved one from the financial aspects of the inheritance. A younger person who is not so developmentally mature or separated will find this process more complicated. Also, younger people may not have developed mature coping strategies or have a stable support system in place. There is also the element of expectation. Grief and loss are always terrible, but when the loss is also a shock (as is more common for young people encountering loss), it provides another complication.

How does group financial therapy work?

I am a huge proponent of group work. In general, groups offer people the opportunity to feel heard and supported by others, which can be enormously healing. One thing that most exacerbates suffering is to feel that we are in it alone, and groups immediately offer a sense of shared experience. In financial groups in particular, it’s empowering to break out of the dynamic so common in financial services, where one person is the expert and the other person isn’t. For any therapeutic group to be effective, there must be harmony in the composition of the group members. Not that everyone needs to be the same, but the group would be sensitively organized with people should be able to accomplish the group’s purpose and goals together.

As a financial therapist, Amanda Clayman helps people live empowered, engaged, and educated financial lives. She runs the Financial Wellness Program for a national arts-based non-profit and maintains a private counseling practice in New York City. Her work has been featured in the New York Times, the Wall Street Journal, SELF, and Money Magazine. Visit the Financial Therapy Association to find a practitioner certified in financial work.

Interview edited for length and clarity. Modern Loss is not a therapeutic, legal or financial advisor. Users should verify the veracity and appropriateness of the information posted on the site with his or her own professional adviser.