‘Daddy, Daddy, Where Are You?’

After 9/11 my son asked for his father dozens of times a day, everyday — for nine years. 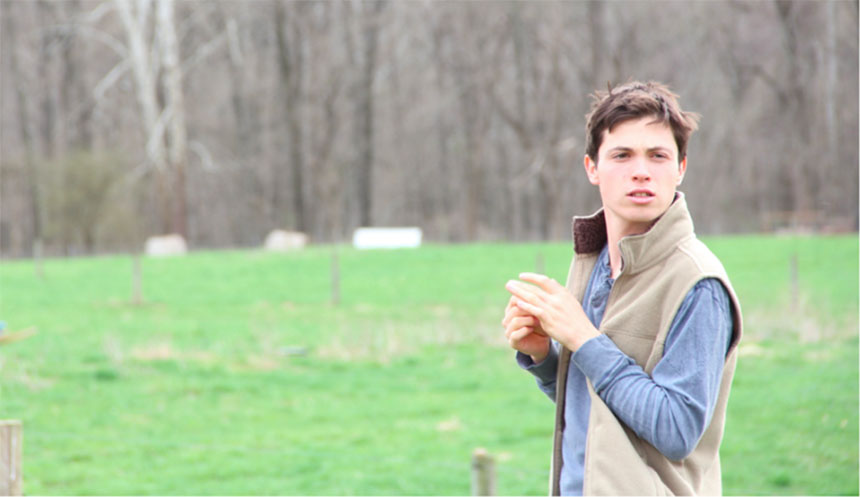 For nine years my son Wyatt often looked to the sky, harboring hope for his father’s return — perhaps remembering how Mary Poppins unexpectedly floated down from a cloud.

His daddy went to work one sunny September morning and vanished. I tried to explain in age-appropriate ways what happened. But how can you explain terrorists crashing planes into office buildings to a four-year-old? Wyatt had acquired a brain injury when he was two, which further complicated his understanding. He asked for his father dozens of times a day, everyday, for nine years.

Family and friends would say, “Your daddy’s in heaven now.” It was mystifying for me to comprehend where that was, so how could Wyatt? Occasionally we’d send balloons to the sky to honor him on Father’s Day or his birthday. And for many months, Wyatt would stare out the living room window at precisely 6 p.m. waiting for his father’s car to turn into our driveway repeating, “Daddy, Daddy, where are you? It’s me Wyatt, come back!” I’d have to pry him from the sill and hug him as he’d weep into my neck. We moved to another home in our town.

He’d fixate on the photos of my husband, Steven, displayed around the house begging, “Daddy, come out, please Daddy, come back!” He’d take the pictures out of their frames, set them on the floor and jump on them, as if trying to get in (imitating the Banks children from Mary Poppins jumping into the sidewalk chalk drawings becoming a gateway to another place). I’d cradle him in my arms as he sobbed, my heart breaking. Eventually I had to pack the photos away, except for one with the two of them on the beach, which he had placed on his dresser.

READ: After Escaping the World Trade Center on 9/11, I Left Wall Street To Become a Professional Obituary Writer

Some six years ago, on the ninth anniversary of the 9/11 attacks, 13-year-old Wyatt brought the lone picture to me and asked, “Where is he!?” Again I tried to explain the horror of that day. Wyatt listened, then gently placed the frame face down on my desk and said, “Okay, Mommy,” and kissed my cheek. Since that moment he’s never asked where his daddy is, not once — he merely recalls him with tenderness. Yet he continued to glance up at the sky with a perplexed expression. 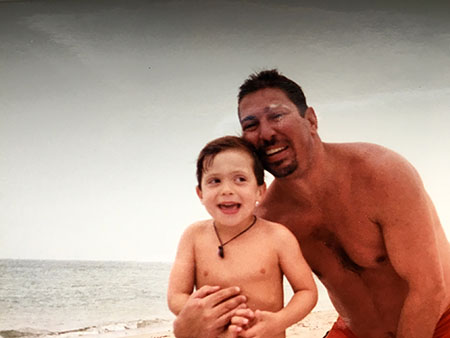 Wyatt with his father (Courtesy of Lisa Paterson)

Over the years, I’d wake alone at night scared for Wyatt’s future, reconciling that his disability would not allow him an independent life. Where would he live as an adult? I played various (often upsetting) scenarios in my mind until I found myself envisioning the ideal place—a farm setting: filled with animals, kind people, a picturesque environment with a community of friends and activities where he could learn a trade and live an authentic life. But where and how could I find or create such a place?

Wyatt had attended eight different schools. Even with caring teachers, nothing seemed to hold his attention. After extensive research we applied to two programs: “He’s sweet, but he’s overstimulated” and, “We love him, but he has to gain more skills.” We visited another place; it looked like an asylum. We left.

Exhausted from it all, we went on vacation to Puerto Rico. There I met a sweet woman, Betsy, at the pool and as we traded stories she said, “I know of a small working farm for disabled young adults near our weekend home in Pennsylvania.” Could this be it?

READ: It Can Be Hard To Know If My Children Are Reacting to Their Father’s Death — or If They’re Just Acting Their Age

Upon our return, we drove 2 ½ hours for an interview. At the gate, we were greeted by a black Lab named Bobby; he stayed glued to Wyatt’s side the entire tour. Lambs flocked to Wyatt, and as he stroked a huge cow she leaned into him. The piglets seemed to giggle at his presence and the chickens opened their wings as if they wanted to hug him. Was Wyatt an animal whisperer?

“Wow,” he said, as we entered the greenhouse filled with vegetables and flowers. At lunch he ate homemade organic food and chatted with the staff who lived and worked on the land—lovely women and many men—role models, I thought! He went running through the fields playing with Bobby and the sheep. I noticed a new sense of freedom, serenity and joyfulness. This was the very place I had imagined for Wyatt. Here he could become a farmer, and a man. Here he could prosper with hands on learning. But there was only one spot left in the program.

As we headed home I asked, “Wyatt, what did you like most about the farm?”

I had expected him to say the sheep or Bobby.

“My daddy’s in the sky there,” he replied.

A waterfall of tears blurred my vision; I stopped the car. I looked up at the heavens and asked my late husband for help — please let them accept him. A few weeks later we heard. They did.

Lisa Paterson is the mom of marvelous twins, Lucy and Wyatt. She is the director of Write This Way, a writing studio for teens. She is currently working on a YA novel called, “Blazing the Way.”