It’s Hard To Rattle the Dead, But I’m Trying

Aunt Sherrie died by suicide, leaving me her best leather boots and a Barbie collection for the ages. If only she could see those things now. 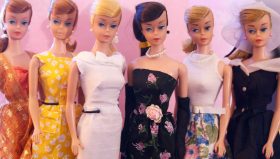 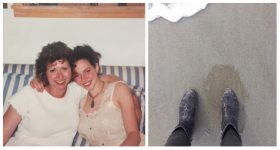 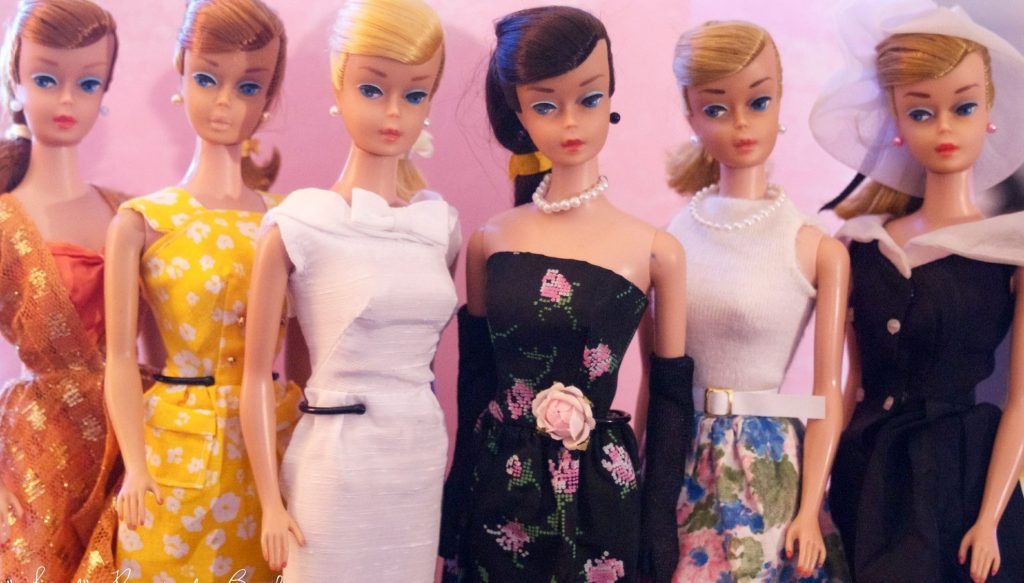 I’ve been wearing my Aunt Sherrie’s best black-leather-boots for two months since she was found dead — a suicide — at 58-years-old.

I wear her nicest boots to honor her and also to annoy her: I wear them for long walks through the muddy park and on the beach, even dipping them into the salty ocean.

It’s hard to rattle the dead, but I’m trying.

Sherrie wore her boots with a flowing peasant skirt, wide-belt and jangling bracelets.

One heel is almost entirely ground down.

At her funeral, as my 29-year-old cousin, in complete anguish, eulogized his mom, I turned to my brother and whispered: “I’m going to throw Sherrie’s Barbies into the woods.”

She had an impressive collection of the dolls, preserved in their original plastic casings and showcased in a glass for many years.

The dead don’t leave you with much recourse.

Sherrie was 19 years older than I am, a big sister-figure who wore a clown suit to my fifth birthday party, and entertained the guests.

Years on, she took me shopping for my wedding gown. 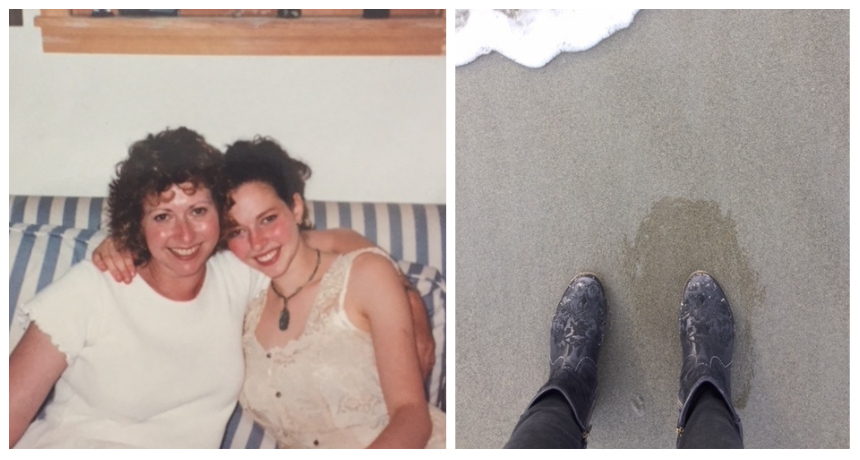 She showed up at the hospital after the birth of my daughter with her most expensive camera equipment and offered to take portraits of my “roommate,” the stranger assigned to the other side of the curtain (who Sherrie refused to regard as a stranger, but rather embraced as some sort of college spin-off best-friend, who followed me into labor). She treated everyone with the same loving, curious and huge heart.

Sherrie had talked openly about suicide as an option that she might exercise when she ran out of possibilities in her life (money, employment, dating). She was attuned to how our prevailing culture valued (or rather, didn’t value) a divorced, middle-aged woman with limited job prospects. But somehow, even though her father, my grandfather, had taken his own life close to 25 years ago, we didn’t think she would actually go through with it. She was too beloved to all of us, and so closely enmeshed in our lives. 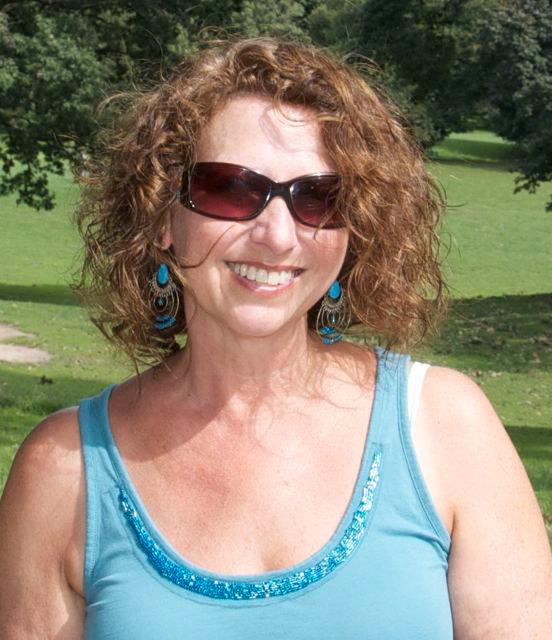 I had reassured Sherrie’s daughter, who voiced concerns about her mother’s macabre comments, a few years back. I told her that I’d heard that people who talk about suicide were not as at serious risk as those who were silently resolved to end their lives. Where had I heard such wrongheaded advice?

It was reminiscent of when I called a health care provider with concerns that the anxiety and grief that I felt after giving birth might be postpartum depression, and she told me that she was more concerned about the women who didn’t speak up and ask for help.

Well, it turns out women who ask for help need help, in addition to those who don’t ask for it. And people who say they are going to kill themselves, sometimes do kill themselves.

I read my grandfather’s suicide note for the first time, a few months before I read Sherrie’s note. His letter had been found with my grandmother’s belongings, after her death this past fall.

My grandmother never spoke of the way her husband died, and out of respect and love for her, neither did the rest of us. I regret that. Because the two notes — my grandfather’s and his daughter’s — were so eerily similar: a vague and unsatisfying explanation of why they were ending their lives, a bunch of platitudes, followed by a list of pragmatic life advice (“put the house on the market right away… invest in long-term disability insurance”). I can’t help but wonder if our collective silence around my grandfather’s death normalized for Sherrie suicide as an acceptable out.

I’m not taking life lessons from someone who died by suicide, I announced as Sherrie’s letter was passed around my family.

But I did honor one request from her note: “no bagels and cream cheese at the shiva.” It was too specific and absurd to ignore, and it turned out to be a much-needed source of levity in those 48 hours after her death. Try telling the Kosher deli that you don’t want bagels with your smoked fish shiva platter. Or watching the confused shiva guests looking for something to spread their fish on. “This is what Sherrie wanted,” I shrugged.

I decided not to destroy her Barbie collection, though I took joy in allowing my six-year-old-daughter to bust open the plastic casings, and set-up would-be eBay-sensation Rhett Butler from the Gone with The Wind collection with Halloween Skipper.

And, yes, I’m wearing her boots on the beach. They’ve dipped into the Atlantic Ocean, and they’re headed for the Pacific.

At the cusp of 40, I recently moved with my family across the country towards a landscape and destiny that has been calling me for years.

It’s just the sort of adventure that Sherrie would have loved. I’ve brought her with me.

Alana Joblin Ain has written for The New York Times, The Forward, My Jewish Learning and the anthology “Mothering Through the Darkness.” A poet and rabbi’s wife, she recently moved with her family from Brooklyn to San Francisco.