After Phil, A Sharper View

Philip Seymour Hoffman was my longtime producing partner. After his death, my open state of mind led me to places I’d been wanting to go for years. In 2002, I took a job as Philip Seymour Hoffman’s assistant. My desk was in the bedroom of his two-room walk-up in the West Village. More than  a decade later, we had built a full-fledged production company together, produced three films, developed countless others, and had what I often joked was my longest enduring relationship outside of my family.

The day after he died, I didn’t call my mother or my best friend. I called my yoga teacher.

No, I’m not a green juice-guzzling, patchouli-wearing, vegan new ager who confuses her yoga teacher with her therapist. But when confronted with one of life’s greatest spiritual mysteries, I wanted the comfort and wisdom that only a spiritual scholar can provide. 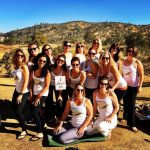 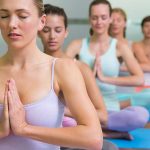 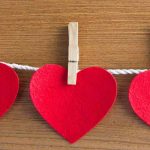 How To: Cultivate Self-Compassion

I don’t recall whether she attempted to answer my barrage of rhetorical questions. But one of her comments sunk deep into my psyche and informed the days, weeks, and months that followed. She said I was at that very moment existing in a special, sacred and almost parallel world, that the curtain had been peeled back allowing me to see things in a truer, more sensitized way. “You’ll think it will be like this forever,” she said, “but life will go back to normal more quickly than you can imagine. Try to hold onto this different perspective for as long as you can. Right now you are seeing things as they really are.”

I instantly knew what she meant. If you could turn the volume up on vision, my eyesight was at eleven on the dial. Things were sharper, literally and figuratively.

An avalanche of snow was coming down that day. Relentless, its crisp whiteness simultaneously blanketed and brightened the drab grey winter cityscape. All of us grieving recognized the snow as connected somehow to what had happened—this keen awareness of our relationship to nature and to something beyond us was not unique to me. But I began to cultivate that awareness, almost in the way one would a new language or a recently learned dance step. I began to practice it, to invite in this novel way of seeing, of being, where nothing was normal, where my decisions and actions were initiated from a purely intuitive and visceral place, and where there was room for the divine to make itself known.

I saw a shaman a week later (I realize this is not helping my whole “I’m not new agey” case). She told me Phil didn’t know he was dead. This broke my heart yet somehow also made perfect sense. She gently gave him the news while I was sitting there and helped his soul cross over so that he could find peace. Believe that or don’t. But that night he appeared in my dream, young and beautiful and easy-going in a way I hadn’t known him to be in life.

I meditated. I spent time in nature. I started saying no to things I didn’t want to do and yes to things that scared me but that I wanted to do anyway.

Shortly afterwards I wrote a television pilot about a man who dies and comes back as a ghost who doesn’t know he’s not still alive. I’d toyed with writing for years, but suddenly now I was able to sit down and do it. Within days, thirty-five pages I was proud of had spilled out of me.

One month later, after two miscarriages, I got pregnant. The due date? My dead father’s birthday.

By October I was in my third trimester and on a one-way trip from New York to LA with my little family. The move has been the best decision of my life.

My yoga teacher was right—a year after Phil’s death, I am no longer in the throes of acute grief and pain over the loss of this extraordinary person who was a central part of my life for more than a decade. Life is, in many ways, “back to normal.” But I am not the same. I am awake and seeing like never before. I am in the flow of something bigger than myself, bigger than all of us, something creative and energizing and mysterious and beautiful. And I’ve done everything in my power to stay in that state of openness and receptivity.

Sometimes I become sidelined by concern over how to pay the bills or the anti-vaxxer debate or my crushing fear of my own mortality. Sometimes I simply miss Phil or feel sad. In those moments my life will shrink before my eyes.

But when I remember to cultivate that particular way of seeing that allows for limitless possibility and potential, that understands the connection to some sort of great beyond, when I turn my vision up to eleven, my quality of life expands to infinity and I know it’s all good.

Emily Ziff is a writer and producer living in Los Angeles with her husband and two children. A graduate of Brown University, she co-founded and ran Cooper’s Town Productions with Philip Seymour Hoffman for over a decade. She explores these and other ideas related to death in LIGHT YEARS, her forthcoming debut novel for young adults.