Nicole, before her abortion, and with her husband.

At a girls’ night out in Los Angeles, I looked around at the gorgeous aspiring actresses holding their glasses of wine perfectly casually in one hand and thought, “I would totally give this up to have a baby.” I was 27 and up until then, I had put all my energy into my career. But it was a relief to imagine a life beyond Hollywood.

I was dating an older man. Our sex life was pitiful and he had just been fired from his own company. Somehow I convinced myself that this new age environmental activist with a ponytail was the ideal father of my children. We married and moved to Dallas, my hometown. But troubling dreams and doubts I couldn’t explain led me to see a therapist who happened to be blind. She didn’t need eyesight to look into my subconscious and tell me I was dissatisfied. I knew I had married the wrong man.

About six months after the divorce, I ran into a guy I’d known since I’d held him in my arms as an infant. His parents, friends of my parents, say I was the first little girl he ever met. As we fell in love, I shared with him my desire for creating a family. We married a year and a half later, and quickly found conceiving to be fun and easy.

Pregnant at last, I started falling asleep on the couch and I had to eat All. The. Time. The hormonally induced mood swings challenged us both (when I was ravenous, I would beg him to drive “like a monster on fire” to the nearest Tex-Mex). We affectionately called the baby “Tutu.”

As my belly rounded into a bump, the anxious thoughts I’d had all my life about what I need to do and when were replaced with a sense of peace and purpose. One memorable weekday afternoon, I took my little orange Pomeranian on a walk around our neighborhood. I connected with a magical feeling of promise, carrying that little bun in my oven. I envisioned pushing Tutu in a stroller and looking into the eyes of a mini-me-and-my-husband.

The 20-week sonogram revealed that Tutu was a boy. But the technician also said that some of his measurements were off. We needed to go in for a higher-level sonogram.

The next afternoon at the maternal-fetal specialist, my husband and I looked at the tiny boy dancing in my womb. He appeared happy-go-lucky, kicking and moving his mouth. But the doctor said, “There is a constellation of markers here. The femurs are short, the bowels look bright, but most concerning is that it appears that the rear part of the cerebellum is not there.” She recommended we have an amniocentesis to learn the cause of the abnormalities. She then brought up the possibility of terminating the pregnancy. The bottom fell out of my stomach. She patted my hand, then left us alone.

My husband said, “I don’t want to bring a child into this world who doesn’t have the health to live a happy life.” I nodded. We were trembling at the severity of the situation, but at least we were on the same page. The amnio results would take 10 days, an eternity of waiting. We talked through every potentiality. Maybe the baby was a dwarf, like Peter Dinklage in “Game of Thrones”! Could we handle that? Sure, we love him!

I was so visibly pregnant that I’d attract well-wishers anywhere I went so I stopped leaving the house. I did keep some form of routine, teaching Pilates out of a small studio in our home every morning. My sweet clients were innocently asking about the baby we’d just learned was a boy, while I agonized over the looming reality of losing him before he was born.

Then we got wind of what was coming to a boil in the Texas Senate. Forty years after Roe vs. Wade, a proposed new bill would ban abortion after 20 weeks. Because our doctors couldn’t identify definitively whether the condition of our fetus was fatal, we didn’t have the option of having the termination done in a hospital. If that was the choice we made, we’d have to go to an abortion clinic.

The amnio indicated our baby didn’t have Downs Syndrome or any other chromosomal abnormality. My brother, a doctor, prepared me: you may not find out what is causing the baby’s issues and you may have to make a decision about his life without all the information.

Before going to the consultation I scheduled at an abortion clinic, I clicked on Senator Wendy Davis’ filibuster via live streaming. It took my breath away to hear her describe our exact situation. She looked so confident and professional that I relaxed a little, grateful she was doing everything she could to protect my rights.

The waiting room at the clinic was like the DMV, people from all walks of life coming together only for this common goal. I wondered about each woman, each couple. I was the only person there whose pregnancy showed. I turned my eyes down, covered my belly, and tried to slow my breathing. I was pissed: the first time I’d ever been pregnant, happily married and wanting a baby, yet here I was sitting in an abortion clinic 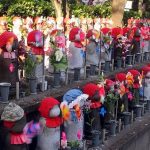 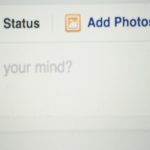 The next day, I underwent the final test: an MRI of my pelvis at Children’s Medical Center. Thirty minutes felt like forever while I tried zoning out the ludicrously loud noises and the frightening sensation of being encased in a massive metal tomb. All four of our parents stood with us as we learned that there was now an alarming amount of fluid trapped in Tutu’s brain and lungs. The doctor told us that the MRI indicated his entire brain was abnormal. She still couldn’t tell us why, or how long he would live. Only that if he survived birth, he would have many serious problems.

With heavy hearts, my husband and I decided that it was best for Tutu to proceed with the abortion. We had held out as long as we could awaiting a miracle, but I refused to allow my tiny son to slowly drown in my womb. The last night with him was somber. My husband took a final photo of me, smiling through tears as I rubbed my pregnant belly. I didn’t want Tutu to be scared, but I was.

At the clinic’s surgical center, the doctor inserted some seaweed into me to open up my cervix. That night, my water broke at home. Things became very real very quickly as I pulled on Depends to try to catch the absurd flow that poured out of me for almost four hours. The next morning, the doctor gave Tutu a shot that stopped his heart. Thanks to the great care and medications I received, I did not feel pain and assume that Tutu didn’t either. My husband made arrangements to have his body cremated. We registered his name on the death certificate as “Tutankhamen,” after the great Egyptian pharaoh who lives on in the afterlife.

A few days later, tired of feeling so isolated, I sent an email to everyone who knew we were expecting. I was afraid some people wouldn’t understand or support our decision. But the outpouring of love we received was incredible. So many friends and family members had lost pregnancies for different reasons. Some close friends confided that they had had abortions or also dealt with fetal abnormalities. Why was this something that no one talked about?

The grieving process has been messy. Navigating life out in public where I could run into someone who hadn’t gotten the update made me feel like an alien in hiding. Physically, I dealt with cramping and bleeding consistently for six weeks. Some baby weight fell off immediately, but most of it clung to my small frame. It was humiliating to put maternity clothes back on, but my regular clothes didn’t fit. A former anorexic, I had to keep reminding myself that changes in my body are just the beginning of sacrifices I’ll have to make as a mother.

My husband has been an incredible cheerleader. “We are not victims,” he drilled into me. “No, this isn’t fair, but we are not exempt from the tough parts of life. We will have the family we want.” And he’s right. We’ve just been married a year, we have a lovely house, our health, our families, each other. And every doctor we saw assured us that they’d never seen this happen to the same couple twice.

So my dream of becoming a mother is again deferred, but still intact. On the detour, I’ve become more aware of the potential complications of pregnancy and more compassionate to families with special needs kids. I’ve spent many hours locked in gut-wrenching sobs, missing Tutu and feeling sorry for myself. I probably spend too much time rocking and burping my dog. But I know I’m lucky.

Despite Wendy Davis’ valiant effort, if I were going through the same experience now, I’d have to make arrangements to have an abortion in another state. The way I see it: Wendy stood up and spoke for me, the least I can do is stand up and tell my story. So here I am. On Tutu’s due date, November 4, we scattered his ashes around a tree we planted on the day of our wedding. And someday, when our kids are old enough to understand, we will tell them about their big brother Tutu watching over us all from above.

Watch Nicole present her story live for Oral Fixation (An Obsession with True Life Tales) at the AT&T Performing Arts Center in Dallas on October 28, 2013:

Nicole Stewart is the presenter of Oral Fixation, a live storytelling series in Dallas. She is also a Pilates instructor. Nicole lives in the city’s Lakewood neighborhood with her husband and their orange Pomeranian.