My Sudden-Onset Only Child Syndrome

It’s one thing to grow up with the benefits and burdens of being a single kid. Becoming one in adulthood – after a brother’s sudden death – is an entirely different ballgame. I was just a month past my second birthday when my brother Frank was born, and I cannot remember a time when I did not define myself as an older sister to a younger brother.

Together with our parents we epitomized the 1970s nuclear family for which restaurant booths and mid-size sedans were tailor-made. From an early age, the assumption that my brother would always be there was so ingrained that I was not even cognizant of it as a thought. It was kind of like the assumption that I would continue breathing.

Then, last June, my brother was killed instantly when a drunk driver traveling on the wrong side of the highway hit his car head-on. All of a sudden, my assumption was thrown out the window, and I became an only child at the age of 48.

It’s one thing to be an only child from the day you are born – to have all of the attention, shoulder all the expectations, receive all the accolades and all the criticism, all the gifts and all the burdens. When it’s all you know, I imagine you become accustomed to it. But it’s another thing entirely to have only-child status thrust upon you out of nowhere, as in hey, as of right now, you are on your own. 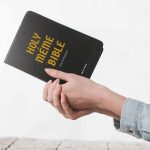 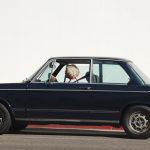 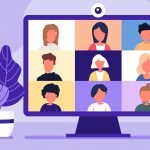 Sarah and her brother

I have begun referring to my state of affairs as Sudden Onset Only Child Syndrome. We could call it SOOCS. (Sorry, I was hoping for a classier acronym, but this is the one that appeared.)

My brother and I were a crackerjack parent-relations team. Because I live closer to my parents, I took on the regular in-person-visitor role. He lived further away, but with his marketing savvy he advised them on personal business choices like investments and home purchases. Frank and I spoke often on the phone about work, family, and life issues. Each of us had produced three grandchildren, so we were even on that score. We were truly friends, and we really cared about each other and about our parents. It was almost too good to be true, although it was that good, and it was true.

Now I’m the only game in town, with no teammate to float ideas to, consult for advice, or shift responsibility to when I am running low on time or energy. I’ve got all the gifts and the burdens when I’d so much rather share them. I was playing a great game of catch, but now when I throw balls they drop, bounce, and roll slowly to a halt in the grass. The balls I toss are strewn about the field, and the balls I hang on to are piling up in my arms.

It’s a mess – but this mess is my life now. So I talk on the phone with my parents, and visit them, and do fun things together, and sit and cry with them, and sort through mail, and lift heavy things, and help them organize the apartment to which they’ve just moved. I look over their new will, which has only my name in places where mine and my brother’s used to be. Together my parents and I move about like a collective amputee, turning to the phantom limb of my brother, continually confused to find him not there. We still avoid putting raw onions on things because he didn’t like them. We talk to his wife and children first, and only, instead of getting the overview from him before he passes the phone to them for color commentary. We buy the wine he liked but there’s always some left over.

Going through my parents’ furniture with them the other day, I realized I won’t even have the chance to fake-fight over family antiques and heirlooms. I am reluctantly considering taking the one antique he wanted – a side table that, when opened, reveals a circle of green felt on which Frank and I used to play poker with my grandparents when we slept over on New Year’s Eve. I don’t want this table, because to take it confirms that my brother is not here to claim it. But because I know he loved it, I cannot let go of it.

And yes, the irony is not lost on me. I’ve been dealt a rotten hand, but at least I seem to have a card table. I’ll get a SOOCS support group poker game going. I’ll gather some experienced, lifelong only children to give me advice on how to play this hand. And then I’ll hope for a little guidance, and maybe some luck, from my shadow partner.

Sarah Lyman Kravits blogs about coping with grief, cancer, and crisis at her website www.lifewithoutjudgment.com and leads grief management and post-cancer wellness workshops.  A co-author on the Keys to Success student success textbook series, she teaches the New Student Seminar at Montclair State University. Follow her on Twitter at @slymankravits.