My grandma called daily and, to my regret, I sometimes sent her to voicemail — rationalizing that I was just too busy to pick up. In the wake of her death, I cherish those recordings. Sara and her grandmother.

“What’s the matter with you? Is your finger broken?”

The typical refrain from my grandmother when I hadn’t called frequently enough to sate her need to know. What I had planned for the weekend. What time I got to bed last night. Whether I was eating enough, but not too much.

Answering questions on the phone was rote. Like child’s play on an old-fashioned carousel, my body instinctively knew when to reach for the ring: Yes, grandma; no, grandma; fine, grandma; I promise I’m going to schedule the baby naming, grandma.

I fed her information like an IV drip, only enough to scratch her itch, not enough to elicit additional questions. As it was, I only allotted her five minutes of call time on the drive to work. I told her, and convinced myself, that I was only able to fit in that short call — sandwiched between dropping the kids off at daycare and busying myself in the law office. Every other moment was spoken for. 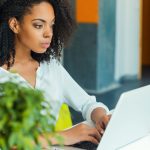 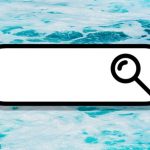 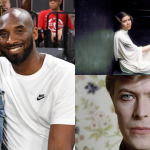 But I gave her that five minutes, every day, because I owed it to her. She was my mother when my mother couldn’t be one. She was my sister because I didn’t have one. And always my Jewish grandmother. With the Coney Island apartment that smelled like matzoh balls and white fish. With a wardrobe that seemed to consist exclusively of two extremes: housecoat and pearly, wedding best. And with the phone. Always with the phone, her lifeline to everyone who made an exodus from the boroughs.

And like the others, I too made my exodus. To Massachusetts, California, and Connecticut. And life in those states got busy. So busy that, I can now admit, I sometimes sent her calls to voicemail. Sometimes I did it daily. Sometimes more than once daily.

Sending someone to voicemail is the equivalent of shutting a door in their face. Without a word, the message is loud and clear. I’m busy. Don’t interrupt me. You’re not important enough right now.

She knew. Because she’d leave a message laced with smirk. Instinctively, her innate grandma radar knew when I’d hit the red button over the green button for no good reason at all. “I know you’re very, very busy, Sara. Too busy for your grandmother, but…”

I’d laugh and roll my eyes when I got around to listening to the message. And sometimes I’d call back. But not always.

A few short weeks after she was admitted, my father called to tell me that I should fly down to Florida.

One day later, I arrived in Deerfield Beach.Despite the unseasonably mild weather in Florida, I pressed cool washcloths to her forehead in a vain attempt to keep her sweat at bay.

I had never, in 35 years, seen her hair not blown out. Now, I combed it back against her scalp, wet from the dampened cloths. The teeth of the comb paved dark trenches in her ordinarily blonde hair. An endless refrain, hour after hour, because it brought her some comfort.

But despite the gray walls, the somber staff, and the heavy weight of goodbyes that hung in the air, we laughed. And we ate Blackjack Cherry ice cream that I snuck in from the local market. A decades-long tradition, a flavor I only ever ate while visiting her. Sometimes you never know when you’re having a “last.” And sometimes you do.

She told me to make sure we all took care of each other.

And then we said goodbye.

I don’t cry often. But I cried all the long walk to my car. And I cried on the flight home. I cried, days later, when my father called to tell me she was gone.

I cried — every day — on the drive to work. I refused to call anyone during that drive, because that time belonged to her. Instead, I listened to songs that reminded me of her. I mourned her in that sacred space, alone in my car, my private, morning sanctuary.

And wallowing in my Jewish guilt (doing her proud), I thought of all the days I could have heard her voice, but chose not to, because I sent her to voicemail. Then months into this somber routine, I realized she was there all along … in my phone. Years’ worth of voicemails I had collected, disregarded, but never deleted.

I pulled over and scrolled down the list. They were all there. I closed my eyes, and listened to her sing happy anniversary to me on October 26th of the previous year. I listened to her invite me to sleep over at her Brooklyn apartment on Rosh Hashanah, in case I didn’t feel like driving back to Connecticut. And I listened to her chastise me, in the way only a grandmother can, for not picking up the darn phone.

But now, instead of rolling my eyes, I shut them, and let her voice fill the car. Fill my ears. Fill my soul. She was with me. And though the tears continued to fall, this time they were drawn from a well formed not just of grief, but of joy. Because anytime I needed to hear her, I could.

My phone, once a virtual weapon against her ceaseless intrusions, was now my one passage to her. To my childhood. To my home. And to peace.

Sara Goldfarb is a detail-crazed mom of 2, wife, attorney, and writer. You can follow Sara at curlsgonewilde.blogspot.com or on Twitter @sjgoldfarb.