Forget four weddings and a funeral. I prefer four funerals and a wedding. 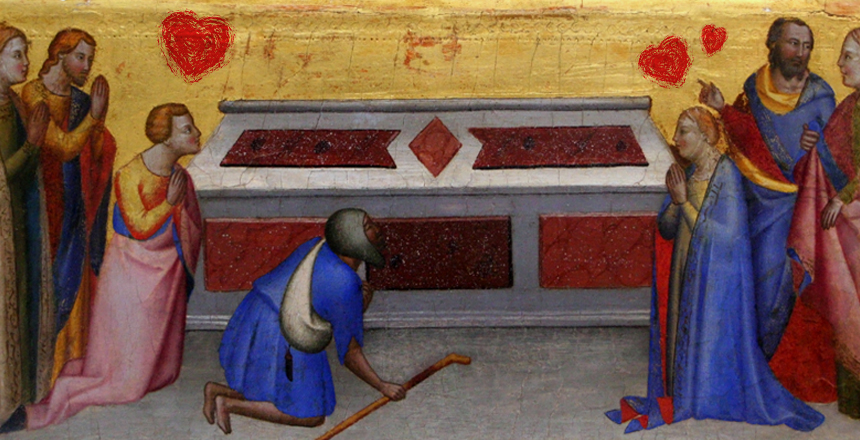 My fiancé’s phone rang as he and I crawled along a Los Angeles freeway. One of his best friends was calling from San Francisco. From the sound of her sobbing voice, it was obvious something was wrong.

Adam, a former colleague and friend of my fiancé’s, had passed away suddenly from cancer.

When the call was over, after I offered condolences, I jumped into full logistics mode, devising a plan to take time off work to attend Adam’s funeral. I’d never met Adam and knew very little about him. So why did I want to go? Beyond supporting the man I love, the true answer is this: I love funerals.

I wasn’t always like this. Funerals used to petrify me. I avoided them at all costs. Who wants to sit in a room with swarms of crying people? What if I start laughing in the middle of the eulogy? What if I offend someone with an inappropriate joke? I’d happily jet off to Cyprus and Guatemala for weddings. But when it came to funerals, I was quick to come up with excuses. “Sorry, finances are tight,” I told my cousin’s family. “School is too crazy right now,” I said when it came time to book a flight for my great aunt’s memorial.

READ: An Ice Cream Truck at the Funeral

Everything changed in the summer of 2010. My father passed away suddenly from a massive stroke, just two days after we’d been boating together at my cousin’s lake house. It was confusing, heartbreaking and surreal.

All of a sudden, I joined that club nobody wants to be a part of. This was a funeral I would have to attend, and no excuse could rescue me. 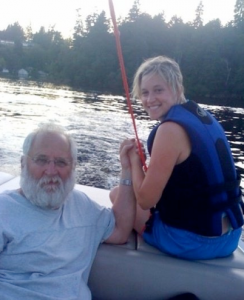 Rachel and her dad

Much to my surprise, the week before my father’s funeral was oddly fun. We went back the Pacific Northwest where my father had lived. A woman who owned the local hostel and barely knew my father let our family and friends stay in her cabins for free. A local restaurant dropped off sandwiches in a picnic basket along with their condolences. An acquaintance had pizzas delivered. People from all areas of my life called, texted, and sent flowers. I prefer food to flowers, because you can’t eat roses.

Lots of people, including some close friends, didn’t say anything. But I tried to remember that some people just don’t know what to say.

My father’s funeral was one of the most important days of my life. People flew in from all over the country to come celebrate his life. Through the grief, we managed to laugh about all the courageous, hilarious, and inappropriate things my father did, and even learn some new details. One woman with frizzy hair and an abrasive turquoise blouse dryly said, “Your father once told me that the reason I’m single is because I talk too much.”

I gained the courage to attend funerals after that, and over the next few years, there were plenty to attend. Two weeks before her daughter’s wedding, my friend’s mom died from a brain aneurysm. A tree collapsed on my college roommate’s dad. A car accident claimed a high school classmate. Cancer took my best friend’s mom.

My college friends and I have been to four funerals and countless weddings together. At the weddings we drank champagne, danced to Nelly, and ate rubbery chicken in cream sauce out of chafing dishes. These celebrations were fun, but sometimes felt too fluffy. The funerals were comprised of deep moments – we cried until we laughed and laughed until we cried. We gave each other back rubs and talked about how to take advantage of our precious time on Earth.

Through funerals, I realized how important it is to live in the moment. I worry a little less about whether or not the grumpy barista who sold me a chocolate-banana muffin this morning likes me. For a few moments, I stop trying to figure out how I will pay off these damn graduate school loans. Everything is simple.

Before my father’s death, I never knew what to say when someone died. I was afraid of what I didn’t know. Now I take comfort in the discomfort. I genuinely crave the unique connection that happens at funerals. I ask to hear stories about the person they lost. I sometimes crack an inappropriate joke like, “I’m so jealous of how skinny you’re going to get from this grief diet you’re on.”

More than anything, I love to attend a funeral and allow myself to be part of the magic for someone else going through it. Chances are, I won’t tell them what a great time I’m having. That can be our morbid little secret.

Rachel Amondson practices clinical social work and life-coaching in Los Angeles. She specializes in helping adults through life transitions, such as bereavement, break-ups, career changes, etc. Rachel still works closely with the film and television industry, her previous career for over 10 years. She also facilitates groups on mindfulness, forgiveness, relationships, self-care, and the art of being single.  Rachel is a wedding officiant, untrained doula, and great funeral guest.