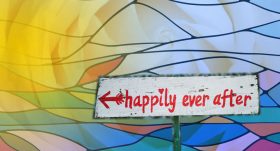 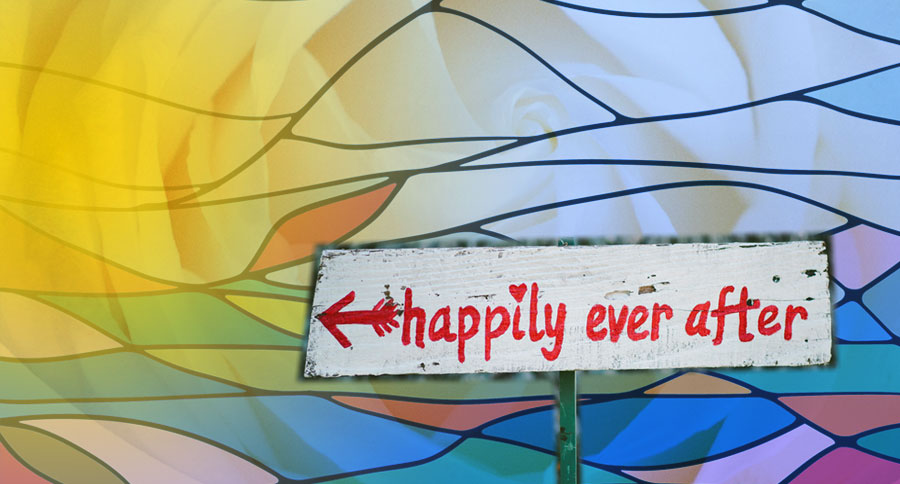 When I tell people the story of meeting Jason, I often find myself slightly horrified by the timeline: My mom died suddenly of a heart attack at age 58 and five weeks later I was trying on everything I owned, obsessing over what to wear on a first date. It makes me sound sort of frivolous, doesn’t it? Like I left my mom’s funeral and went straight to a party.

When my mom died on December 10, 2014, I was fast asleep more than 1,600 miles away in Flagstaff, Arizona. I would have been home for Christmas in eight days.

Four days later, as I lay on my parents’ couch in Indiana staring at the ceiling and hoping to a god I don’t believe in that somehow this was all just a big misunderstanding, I got a notification from OKCupid. Desperate for something else to think about, I opened the message. It was a thoughtful few paragraphs from a handsome, kind-looking dude with a great beard. I replied a day or two later with a brief summary of my situation: “you seem great but I’m kind of in the middle of the absolute worst moment of my life, so, um.”

At a time when I hated everything everyone said, I didn’t hate his reply. I found out later he’d worked on it for hours.

READ: The Year After My Dad’s Death Was the Best of My Life

After a few harrowing weeks back in Indiana with my dad and brother, I had to return to Flagstaff. I’d moved there for a job shortly before my mom died, and I really didn’t know anyone. I felt like I needed to do something other than sitting alone in my strange apartment, trying to comprehend this new, ruined version of my life, and so I set up a date with Jason.

There it is — did you hear it? That defensive explanation of my choice to go on a date after only a month of couch-sobbing?

Jason and Stefanie. (Courtesy of the author)

I asked him if we could meet for a shift at the food bank, because that was a thing I knew I could do for a couple of hours without crying, and in response he asked if he needed a current food handler’s license. He didn’t, but that’s just the kind of guy I now know him to be — mindful, prepared, and always willing to stand in line at the county clerk’s office, if necessary. After the food bank, we ate brisket and cried about our moms. His was abusive and they’ve been estranged for years. I had the best mom and lost her; he’d never had one, not really. He understood. We listened to music in my car. I actually smiled.

Before the date, I’d worried  that I wasn’t capable of happiness — not then and maybe not ever again. But Jason was just so easy to be around that eventually my worry shifted to guilt about being so happy, having so much fun with him, even as I was still grieving so hard.

I’m still a little incredulous when I think back to the early days of dating Jason. I can’t quite understand how he even saw me through all the fucking crying. I was so utterly broken. But here’s the thing about meeting someone in the immediate aftermath of the worst thing that has ever happened to you: You learn very quickly who they actually are. In my previous relationships I had a tendency to build people up to be better partners, better people than they really were. When I met Jason I had no energy to do anything but sit next to him on the couch and burst into tears when anything (everything) reminded me of my mom. He sat with me and held my hand and listened to my stories and helped me feel like I could function again. She was, and is, at the center of us.

It is fundamentally heartbreaking to meet the love of your life so soon after losing the person who was most fanatically committed to your happiness. For months I would pick up my phone to text my mom about something wonderful Jason had done or said, and one morning I actually took a picture of him standing at the sink washing dishes, smiling as I composed a caption that was sure to delight her. I still can’t quite wrap my brain around how much they would have loved each other. How they would have bonded over being the only two people in the family who aren’t obsessed with football. The swooning look she would have given me the first time he offered to wash the dishes. How excited she would have been to dance with him at our wedding.

Four days. That’s how narrowly they missed each other. Four fucking days.

Our wedding. How can it be that I will have a husband that my mom never met, never even knew about? Move to a city where she never knew I lived? Throw a huge party for everyone I know and dress up and dance and drink and let go of my rage at this horrible infinite tragedy generator of a world, even temporarily? Don’t I owe her more than that?

READ: When Love Feels Too Risky

There has always been an element of guilt in my relationship with my mom. She spent her entire life in her Indiana hometown. I grew up, took off, lived in six different states by the time I was 30. She thought I was the bravest person alive; I felt guilty for letting her believe that I was anything other than a selfish asshole who cared more about having a fun life than living close to her family. I missed her, but missing her was never quite enough of a reason to make any real sacrifices to live closer, even after she called me in tears a few months before she died, pouring out her grief that she didn’t get to see me enough, didn’t get to be involved in my daily decisions the way she had always imagined she would be. I told her the next time I looked for a new job I’d try to move closer, but I didn’t intend to, not really. Now I do daily battle with that aching, gaping chasm of regret, which threatens to hollow me. I thought I had more time.

Almost exactly a year after my mom died, I received this Twitter direct message from a lovely woman named Julia whose mom, she told me, was quickly dying of cancer:

Is it weird that it makes me feel better that other people are able to keep on living without their moms? Like you can make jokes about stuff and have a life and be a person in a relationship?

I was happy to be able to serve as some sort of beacon of hope for her, a year out from the horror she was experiencing/about to experience, but I was also completely mortified. Jesus, did I seem fine? Had I so thoroughly returned to my normal social media programming of retweeting stupid jokes and complaining about football officiating?

I vividly remember this moment from over a year ago, how crushed I felt at the thought of seeming okay, how much I felt that I had disrespected my bond with my mom by apparently having returned to my normal life so quickly. But just now when I reread my conversation with Julia, I was blown away by how the conversation actually went, and how much kinder I was to her at that moment than I have been to myself since, and how much I needed (and still need) to hear what I said to Julia, who was considering postponing her wedding.

Here’s what I’ll say, which is the most useful thing anyone ever said to me during the whole process: You need to let go of the idea that there is a good or bad or okay or not okay way to get through this and just focus 100% on surviving.

It isn’t my place to have an opinion about what you should do but I will say this: Please feel free to say “fuck you” to everything you feel like you should do, literally absolutely everything that you are only doing because you feel you should.

If the idea of the wedding brings you joy DO IT and don’t give one thought to whether you should do something happy when you feel like you should be sad because your #1 goal is survival.

Julia went ahead with her wedding just a few weeks after her mom’s death; she had moved it up almost a year in hopes her mom could attend, but the cancer was relentless, and her mom had wanted her to go ahead with it. And because we are infinitely kinder to others than we are to ourselves, when I looked through the wedding photos, I did not give one single thought to whether I thought Julia and her family should have looked more sad. They looked joyous and I was thrilled for them.

When I can look past my own guilt, it’s clear to me that my mom would have wanted the same for me. My mom lost her own mom to leukemia when she was 15, and I know she struggled for her entire life with her guilt about the completely normal adolescent argument she’d been in with her mom when she died. Until my mom died, I never truly realized how consuming that was for her, and I see now that the last thing she would have wanted was for me to be consumed by the tensions that neither of us could have known we wouldn’t have the chance to resolve. The thing she wanted most in her life was for my brother and me to be happy, and now I see that’s the best path to honor her.

So, I will follow my own advice. Jason and I will get married. And while it will never be okay that my mom won’t be there, I will survive it, and I give myself permission to feel joy.

Stefanie Turner is a healthcare administrator who has amassed a respectably medium-sized following on Twitter for her obsession with movies, feminism, college football, bourbon, and whether Biggie Smalls predicted the future. Black lives matter. She can be found on twitter at @stefanielaine.

It was only after my aunt's death that I really got to know her -- through hundreds of Amazon.com product reviews.

Nine things no one tells you about scattering ashes.

Why I Told Anne Lamott My Husband Died

I promised myself I wouldn’t, but then I opened up to a writer I’ve long admired about the most surreal, unbelievable thing that has ever happened to me.