It’s Your Funeral: 10 Ways to Hack the Planning

A funeral director guides you through what you can control about the process (hint: a lot more than you think!) and what you can’t. I’d love to think our business has existed for that long because we’ve treated people well. That we don’t exploit or price gouge; that we’re honest and give free back rubs. I’d also love to think most funeral directors are good people. Unfortunately — as in every business – along with the ones that do wonderful work, there are funeral homes that exploit and funeral directors who are dicks.

Knowledge is power. When it comes to purchasing funerals, that power can save you money and emotional exploitation. And trust me, you want to save both when you’re in one of your most vulnerable states.

With that in mind, here are ten ways to get through the funeral planning process without going mentally and financially insane:

1. You’d better shop around. You can go to a funeral home and pay $15,000 for a funeral. Then you can drive down the street to another funeral home and get the very same funeral for half the cost. With cremation, the nice thing is there’s some degree of price standardization; enough that you should be able to easily distinguish between a fair priced cremation and a total rip-off. If you JUST want a cremation (what funeral directors call a “direct cremation with no funeral service”), you should be able to make that happen for under $3,000.

2. You’re not money. You don’t need a vault. A burial vault is not required by state law. Most cemeteries require a burial vault to keep the ground from eventually caving in, but some cemeteries don’t. If you don’t want to pay the extra expense of a burial vault ($1000 and beyond), find the latter. 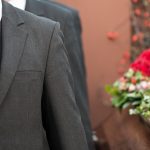 Funeral Planning: What You Need To Know 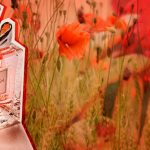 Remembering Grandma as She Really Was

3. The zombie apocalypse hasn’t occurred yet. According to the FTC, embalming still constitutes the “traditional funeral”, but embalming is almost* never required. In fact, funeral directors need the permission of the next of kin to embalm. You can even have a private, and sometimes public (see #7) viewing with an unembalmed body. Nobody will catch death if an unembalmed body is displayed. Dead bodies aren’t zombies. (Some states require embalming when transporting a body from one state to the next.)

4. Yes, I’d like plastic. You don’t need a casket for cremation. Profiteering funeral directors will try to sell a rather pricey “alternative container” for cremation, but most crematories only require a plastic body bag that keeps body fluids contained.

6. Stick with the basic payment plan. A funeral home’s “basic service fee” is a necessary payment. But it’s the only fee they can charge that isn’t optional. Everything else is an optional item or service to be purchased. This includes a casket (which you purchase from Wal-Mart or at your local second-hand casket shop) and even transportation of remains (you can do this yourself, though you must go through the proper channels).

7. Consider being an extreme DIYer. Hospice gives us the gift of dying at our homes. And if death does occur at home, it’s pretty easy to have a home viewing and funeral. Keep the deceased’s body cool via ice, dress it and open your house up to family and friends. This is called a “home funeral” and can be a beautiful thing.

8. A schmancy casket doesn’t equal love. The “guilt casket” is that one casket in a casket showroom that acts as a statistical outlier. Let’s say the median cost of a funeral home’s casket selection is $2,500. Most people tend to buy the “middle-of-the-road” casket. Just like the tend to order a medium drink. Enter the $12,000 “guilt casket,” which changes the median cost to about $3,500. Now, the middle-of-the-road casket is a thousand bucks more. People don’t want to buy “cheap” (less than the median) because they often (in their grief inebriated emotional state) associate a cheap casket with a lack of love for the deceased. Let’s be clear: Your love of the deceased has absolutely nothing to do with the amount of money you spend on a casket or on a funeral.

9. Ain’t no such thing as a DIY cremation. Um, in case you thought otherwise. In many US counties, it’s difficult to get a permit to burn leaves, much less a human body. There are DIY funerals and green burials (which have a large degree of family and friend involvement), but when it comes to cremation you’ll need to use a cremation provider.

10. Don’t like your funeral director? They’re fired! If you ever feel pressure from a funeral home or funeral director to buy something more expensive — or something you don’t want — FIRE THEM! Walk out if you need to. Your mind is already clouded by grief and the last thing you need in your life is something trying to squeeze money out of you…because they will. Sure, firing a funeral director at this point in the game is like walking out midway through a haircut, but you need people who love you, not people who want to exploit you.

Caleb Wilde is a sixth-generation licensed funeral director and embalmer.  He blogs regularly about funeral and death stuff at http://www.calebwilde.com/.